these 11 cars you won’t believe exist

Most bizarre vehicles ever made! These world’s strangest cars are some of the oddest and most incredible automobiles in existence

the Rinspeed sQuba was the first-ever car to be driven on both land and underwater, this sQuba’s inspiration came from a James Bond movie, in The Spy Who Loved Me agent 007 drove a Lotus Esprit that could travel through water, the chassis for the newer Lotus Elise was used for the sQuba, three electric motors can be found in the sQuba one for land, two for water, it also has an open cockpit, wondering how a driver and a passenger might breathe while taking a trip alongside sea life or after eating chili the sQuba comes equipped with sQuba style diving regulators. 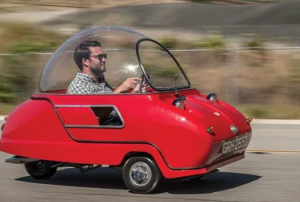 built on Isle of Man in 1962 by Cyril Cannell the tiny three wheel Peel P50 still holds the Guinness world record as the smallest car ever to go into production, at just 54 inches(1.37m) long and 39 inches(1m) wide, it’s not hard to see why it makes the Smart car look like an SUV, the top speed right up there with Usain Bolt: a fire blazing 37 miles per hour (60 Km/h) it had no reverse and the driver had to physically push or lift the car into a narrow space, an inconvenience yes, but may be well worth it for a car that gave you a hundred miles per gallon, selling originally for just 199 pounds the P50 is considered a high price antique these days, commanding over a $120,000 in auctions, production ceased in 1965 only to resume in 2010. 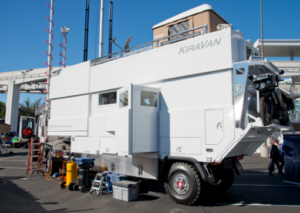 most people look at home ownership as part of achieving the American dream though living in an off-road truck may not seem to jive with our long-held aspirations Bran Ferren’s “KiraVan” could have us thinking otherwise, the KiraVan built by California tech designer Ferren for his daughter Kira, is unlike any truck ever built, inside you’ll feel as though you’re stepping into a spacecraft, two computers allow Ferren to control any aspect of the super Van, it has a full kitchen and dining area that could rival the ones in high-priced condos performance-wise, the KiraVan can go up to 2,000 miles (3200 Km) without resupply and can climb slopes as steep as 45 degrees, antennas and dishes give the caravan more than its share of telecommunication functionality, driving a six-wheeler has never been so extravagant. 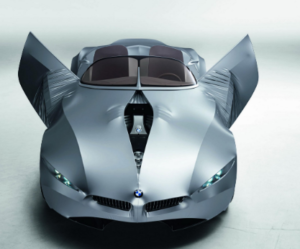 the BMW Gina may be a vehicle’s interpretation of life copying art, it’s a fabric design shape-shifting concept sports car, it’s one of the things you’d see in a Michael Bay movie but never thought it would ever be possible, will some amazing engineers put their heads together and assemble the sports car with flexible water-resistant translucent, man-made fabric known as polyurethane coated spandex, this results in the Gina being able to withstand high and low temperatures without shrinking or swelling, Gina incidentally stands for “Geometry and Functions in N Adaptations” when the butterfly doors open you can see the fabric exterior stretch and the light shine throughout the car because the skin is translucent the hood opens from the center as fabric parts to expose the engine. 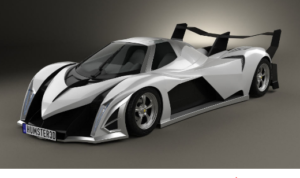 the Devel 16 is the V16 hypercar attraction with 5,000 horsepower, you heard right? 5,000 horsepower, we’re talking from 0 to 60 and 1.8 seconds it turns the future into the present quickly, built by Michigan based manufacturers Steve Morris engines the Devel’s top speed is an incredible 348 miles per hour (560Km/h), in fact the specs are so off the charts that some critics have remained skeptical, they’re quick to point out for a price tag of 1 million dollars, the devel’s other features like solid disc brakes and windshield wipers are likened to blue-collar cars more importantly, some report tests have shown that the so-called 5,000 horsepower is really more like 4,500 horsepower still mind-boggling though, the doubles design would make timber and director of the 1989 version of Batman proud, and the Devel may be just as scarce as concept cars of this type usually are. 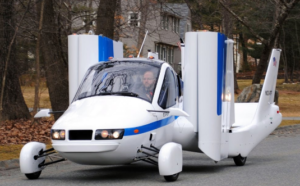 why drive when you feel like flying? better yet why take two different modes of transportation when you can have both capabilities in one, the Terrafugia Transition is a street-legal flying car that can drive up to 70 miles per hour (110 km/h) but contains a pusher propeller that enables it to fly its most obvious feature are the two folded wings and twin tail which immediately tell us that this thing isn’t just made for squeezing through a.m. traffic, in fact it might be the perfect invention if any bumper-to-bumper may have is anticipated at a unit cost of $279,000 only two built since 2006, in 2015 it was announced that after numerous modifications and quality tests the first customer order should be delivered in 2017, don’t expect to take the family to the Colorado Rockies with it any time soon as of now the transition only fits two people. 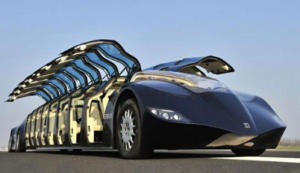 the Superbus from the Netherlands, can be thought of as the Air Dubai of buses it’s like a 50-foot black mamba on wheels, most high-speed performance cars can only see a few while the high-speed electric Superbus is capable of carrying as many as 20 passengers, it can do 160 miles per hour (270Km/h) has 16 wing doors and comes equipped with everything you might expect in a limo just without standing horsepower, friends will be amazed when your party of 15 shows up at the prom with what could be considered a stretch Porsche, for all its fanciness the fares are said to be comparable with regular limo services, guests you can be taken for a ride without being taken for a ride. 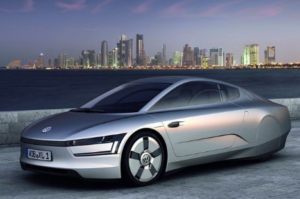 touted as one of the world’s most fuel-efficient cars back in 2011 the VW XL1 huge selling point is that it can go up to 261 miles per gallon (0.9 L/100Km/) that’s a mind-boggling fact, that has many car enthusiasts scratching their heads, the hybrid electric car achieves us with the most impressive 0.189 g coefficient helped by the fact that the seats are staggered making the car narrower in the front, as most of its outer shell is made of carbon fiber, soaking wet this sweet ride weighs only 1700 lbs  (771Kg) it does 0 to 62 miles per hour in 11.9 seconds with a top speed of 98 miles per hour (158 Km/h), and the battery is good for 22 miles (35Km) of electric driving before a recharge, still, like many concept cars you’d have to buy your way into an elite club to take one home with you, only 200 are available. 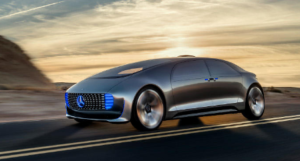 when we think of self-driving cars we think about getting hammered and then demanding the car take us home with a pit-stop – Taco Bell or engaging in recreational activities while driving well that dream may one day be a reality, the Mercedes F015 is a concept car designed to be completely autonomous, it allows the driver or in this case the passenger to tackle other tasks while the car takes care of getting you from point A to point B, the F015 uses your hand gestures and even eye movements to navigate the control panel, a coffee table extends out for leisure activities you can take a meeting or take a nap, the F015 boasts a mean silver exterior that might remind one of the matrix gets you 683 miles (1099 Km) of zero-emission driving, with a top speed of 125 miles per hour (201 Km/h) it has an elaborate LED display on the rear lights warning drivers behind when to stop or slow down, it has rotating seats for lounge mode and classy saloon doors. 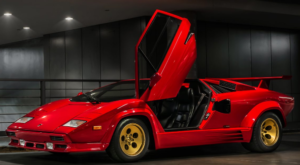 ever thought you could purchase a Lambo for under $27,000 sounds too good to be true, the body alone probably costs five times that well not only is this particularly Lamborghini Countach under $27,000 it can also swim on water, that’s because it’s a replica that was listed on United Kingdom’s eBay for £18,995, is said to be as good as it gets with its body molded from a real Countach 5000 QV built by SeaRoader amphibious vehicles founder Mike Ryan the amphibious Lamborghini is far from a novelty toy it has twin propellers dual rudders a front hydrofoil and hydraulics to pull wheels and make water travel possible, James Bond would be proud. 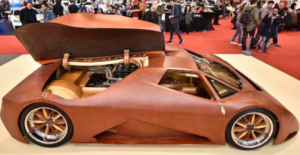 a car is the last thing you’d expect to be made out of wood, but actually, looking into history that’s precisely what many of the antique vehicles were built on, but that was then, and now it would certainly seem odd for a sports car that looks like a Lamborghini to depend on trees for its manufacturing, however, a team led by Joe Harmon bucked convention when they created the Splinter a high-performance car designed with wood composites it features a fiery LS7 engine with 700 horsepower and a top speed of 240 miles per hour, due to the material the splinter actually has a better strength to weight ratio than cars made of aluminum or steel, people would guess it takes a whole lot of glue to put this bad boy together and it does, a wide variety of super-advanced sticky stuff was used to keep the parts together. 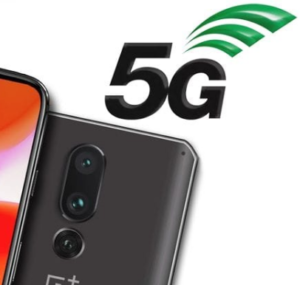 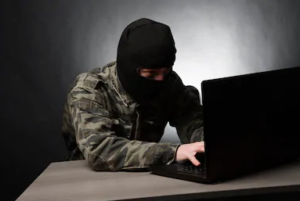