Time capsules are fascinating; people fill them up with items from their time and then bury them underground for tens, hundreds, or even thousands of years. There are always time capsules being discovered and opened by people today. Most of them are fun, educational, nostalgic, sometimes though, people unearth dark secrets of the past that people would rather forget. Once they reach the surface though, the secrets are out. Here are 10 of the best that we could find, and this is the Top10 scary time capsules from the past:

The Mental Hospital, in 2015 a construction crew in Indiana discovered a time capsule from 1958 that was put there by the staff of a former mental hospital, it contained their message to the future, to us, and it was in the form of a video, the experts were excited to hear what the message would say but were disappoints to find that most of the audio was missing it had degraded over the years, there was only a little bit left at the end where an unknown man said: “when the psychiatrists of the future open this time capsule, only they will be able to tell how well we’ve solved our treatment problems…”, the audio cuts out and when it returns, the men are discussing electroshock therapy a common practice in the 50s used to treat mental disorders which has fallen out of favor and been heavily criticized over the years, now the hospital eventually closed down in 1992, historians have a hard time figuring out who are the men in the actual video, and what the missing audio parts were, especially when it comes to electroshock therapy.

ABANDON, this one comes from Imgur where a user shared a strange box they found in their grandmother’s house while helping her clear up, it was a safe but the grandmother didn’t know the combination, they took a hammer and a chisel to it and when they finally opened it up, they quickly realized it was a time capsule, the grandmother believed it must have been put together by her own grandmother many years ago that made it at least four generations old. Inside they discovered a note that read: “abandon all regret ye who enter here…” that’s a famous line from Dante’s Divine Comedy. now they figured it may be a sort of ominous warning but they continue to look through the contents they found a bag with Chinese calligraphy on which read “Double Happiness”,  inside they found a pen, a plastic box, a suede pouch, and an oil lamp, they also found pictures of the grandmother’s own grandparents! they were glad they didn’t heed the creepy warning on the note…

J.M Barrie, that’s name is written on a trunk that was discovered in 2010 by two women who were clearing out an abandoned building in Los Angeles, J.M Barrie was a nurse from Scotland and she had the same initials as James M Barrie the author of Peter Pan also Scottish, when they opened the trunk up, they were horrified to find the bodies of two babies in there from the 1930s they were wrapped in sheets and hidden in to doctor’s bags along with some old newspapers and other belongings investigators found no connection between the two individuals though even though a copy of Peter Pan was found with the babies and also membership papers for the Peter Pan Woodland Club Resort. coroners reported no signs of trauma on the babies and could find no evidence that they had been aborted. one of them had clearly reached full-term while a smaller one may have been born prematurely despite there being no concrete link between Peter Pan and the babies some people have speculated there is one and then it has something to do with Never Neverland, where children never grow up. is that a little bit morbid, do you think there’s something darker to this story than meets the eye?

The Boy, in 2016 a demolition crew in Albuquerque New Mexico discovered a time capsule from 1968 near a former elementary school. It appeared to have been made by a boy at the time who wanted it to be found at some point in the future, the workers were prepared for a cute message but the letter they found inside proved to be quite a bit creepier it read: “I am dead, I go to Montgomery school, that is the olden school name I was born in 1900 you Auto now i dead, my favorite subject is spooking the police I play the guitar in case you don’t know what it is, it is a board with strings on them, I am ten years old see you later savages” that was it, that was the whole letter, it was signed by a boy called Gregg Lee Youngman, efforts to find Greg today have been unsuccessful, some people say that’s because there really was some sort of guitar playing ghosts from a century ago living near that school who had just left a letter, others say it was just a kid with a large imagination, either way, the letter itself is pretty creepy.

MOTHER, this is a horrifying story from 2016 a woman in North Carolina thought she had struck an absolute bargain when she bought a freezer from her neighbor for just $30, when she opened it at home, though, she was horrified to find human remains in the freezer. the neighbor put her own mother inside there and simply told the buyer she had been using it as a time capsule. in an interview, the buyer said she sold me her frozen mother for $30! How do you do something like? that I think an even better question would be why?

she said she hadn’t seen her neighbors mother in months but didn’t really suspect any foul play; when the police went to investigate on that day they found the daughter had already left town, telling the buyer that she was going to West Virginia to visit her mother in a nursing home, even though, she knew full well where her mother really was.

Hiroshima, in January 1968, two Japanese companies agreed to create a joint time capsule project in celebration of Japan’s World Exposition 1970. it was intended to be buried for 5000 years. the upper capsule was opened in 2000 and is intended to be open every 100 years thereafter, it was intended to give the people of the future an insight into the world of 1970, and also the everyday life of Japanese people it contained artifacts recorded through arts literature and music it also contains some more unusual items including a slinky toy some glass eyeballs and the black fingernail of a Hiroshima atomic bomb survivor. it had only been 25 years since the US dropped the atomic bomb on Hiroshima that led the Japan’s surrender, and it was still fresh in the mind of many Japanese people, Human fingernails are of keratin which does not decompose and so this one should still be intact in the year 6970 well almost 5000 years from now. The time capsules creators felt that this will serve as a grizzly reminder of the horrors of war for all future generations.

Nazis, in September 2016 Polish archaeologists dug up a Nazi time capsule that had been buried under a Nazi officer training center over 80 years before Hitler even a visited it himself. archaeologists have known about the time capsules existence for quite a while but it was only in 2016 they were able to actually break through the concrete and retrieve the capsule, they found its contents very well-preserved, there were photos letters and invitation to the building’s opening, newspapers coins, and a book about the town’s history, sound pretty normal for a time capsule, but there were also some other additions, 2 copies of Hitler’s Mein Kampf and also some pictures of him.

The Apartment, in June 2010 a French woman called Solange Beaugiron died in the South of France age 91, when the executors of her were going through her records they discovered that she actually owned an entire apartment in Paris that she had never even mentioned before, they noticed that she had been making regular payments for this place for decades, when they finally opened it up they were astonished to find the apartment have been untouched for all this time, it contained countless paintings, furniture, and common elements of early 20th century life. the whole apartment was a time capsule frozen in time it turns out that Solange had inherited the apartment after her grandmother died in 1939 at some point during the Second World War Solange had left the apartment in Paris and fled to the south of France from the Nazis when they arrived, she never mentioned the apartment to anyone but continued to pay for it over all those years, while the priceless paintings just gathered dust, one of them even sold for 3 million euros at auction.

Einstein, in 1939 Albert Einstein wrote a letter to go with the contents of a time capsule that was being buried to commemorate the New York World’s Fair, it remains 50 feet underground of Flushing Meadows and is not meant to be open again until the year 6939 5000 years after it was buried. Einstein’s letter contains some creepily accurate predictions about the future he talked about the great achievements that science had made in his time, but said that: “the production and distribution of commodities is entirely unorganized so that everybody must live in fear of being eliminated from the economic cycle,  in this way suffering for the want of everything, furthermore, people living in different countries kill each other at regular time intervals, so that also, for this reason, anyone who thinks about the future must live in fear and terror, this is due to the fact that the intelligence and character of the masses are incomparably lower than the intelligence and character of the few who produce something valuable for the community…” when people hear about that message they often feel like it resembles the world that we live in today are people living in constant fear of violence or economic threat.

TROPHIES, a while ago, a man was using his metal detector in some woods came across a time capsule, He excitedly opened it but soon found some disturbing items inside, it was filled with a teddy bear, clothes, photos, a camera and a Girl’s Pee Wee softball medal from 2003. it looked like the belongings of a young girl. soon people began to speculate that a time capsule actually held the trophies of a serial killer. if true, it’s thought the killer wanted to hold onto these mementos of the people they’ve murdered, they’ve chosen the forest as the secluded spot when nobody would find it, they didn’t count on this man with his metal detector. the police investigated but concluded that the items were probably innocent memorabilia left as a time capsule by their owner they tested the items for DNA and began to reference it to the list of unsolved crimes hoping to find a match that might lead to solving a murder from the past. 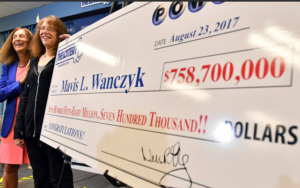 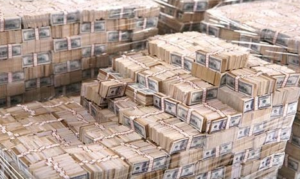 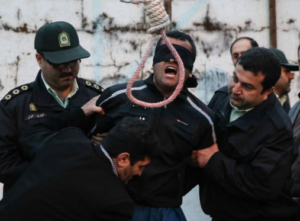 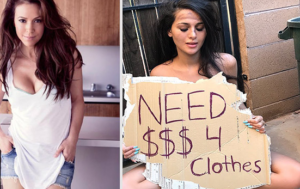