Most of us live in a society of amazing technologies, cutting-edge medicine, an abundance of food and enough time to hang out with friends and family on the weekends, thanks to breakthroughs in modern medicine and a general rise in standard of living, now life expectancy in the US is about 78.5 years, (71 years in 1970), residents of the UK and Canada fare a bit better with life expectancies of 81 and 82 respectively, you’d think that highly developed modern countries like these would offer the best chance of living a long life, but what if I told you there was an island without all the staples of hyper-modern society where the inhabitants lived well into their 80s 90s and even into their 100s.

As strange as it sounds this island does 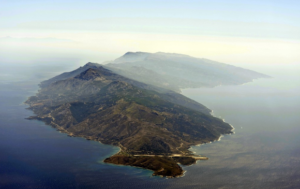 exist and it’s located in the Aegean Sea approximately 50 kilometers from the coast of Turkey, Ikaria is a small hundred square mile island under the jurisdiction of nearby Greece, and is home to just shy of 9,000 people, this rocky outcropping named for the story of Icarus the boy who flew too close to the Sun has a fascinating history, 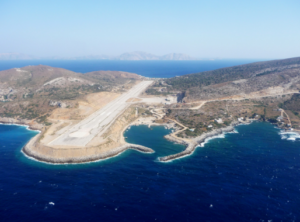 the island has seen invasions by Persians, Romans, and Turks, forcing the inhabitants to become a hardy and self-sufficient people, after the Second World War during which the Ikarians had suffered a huge loss of life, thousands of Communists were exiled to Ikaria bringing with them some of their ideas on community, the result of all their past hardships is a population with some truly amazing characteristics, not only the Ikarians  live longer often in excess of a 100 years of age, they’re also almost entirely free of common afflictions like dementia, depression, and other chronic diseases.

With a life expectancy an average of 10 years longer than the rest of Europe and America what is it about this unassuming Island that earns it the title “the island where people forget to die”?,  it’s a tough question, and one that scientists are still trying to unravel fully, but we can draw some conclusions by comparing Ikaria with other places, let’s start with diet;

for many years the winds near Ikaria were too severe to make the island easily accessible for merchant vessels which meant the locals had to fend for themselves, almost every Ikarian maintains a garden where they can grow their own food, wild greens, potatoes, beans, nuts, and other organic produce make up the bulk of the Islanders diet along with goats mail, wine, fish, honey, and every once in a while small amounts of meat, the food on Ikaria is incredibly nutritious with some of the wild greens containing ten times the antioxidants as red wine, everything is naturally grown, no pesticides or other harsh chemicals to taint the soil, and there are very few refined sugars or processed foods anywhere on the island, in the remote northern reaches of Ikaria where the highest rates of longevity are reported, the local diet is largely untouched by the encroaching Western lifestyle, the inhabitants drink lots of seasonal herbal teas, around two cups of coffee per day, and daily calorie consumption is fairly low, the island’s diet as a whole is in stark contrast to that of somewhere like America, here we have an overabundance of processed foods, refined sugars, chemically treated vegetables, genetically engineered meats, and all manner of thoroughly modern junk foods, it’s not uncommon for Americans to consume in excess of 3,000 calories per day or even more which wouldn’t in itself be too bad, except the calories often come from horribly unhealthy food, and our lifestyle generally doesn’t require that kind of caloric intake, 3,000 calories for an athlete might be a modest amount, but for someone who works a desk job and likes to watch TV in the evening it’s enough to cause serious health problems, it’s no wonder that 75% of adult males in the US are overweight, and those on Ikaria remains slim and healthy throughout their lives, but diet is only one aspect of the Ikarians extreme longevity.

Another equally important factor according to experts is the Ikarians lifestyle, the locals generally walk from their homes to their neighbours houses, or into town, or just for fun, the twisting rocky roads of the island make for rigorous exercise, and over the course of a lifetime help to keep the locals in excellent cardiovascular shape well into their 90’s, besides walking everywhere the Islanders have the habit of taking afternoon naps, one study suggested that these naps could help reduce the risk of heart disease by 40%, the locals also have the interesting habit of completely disregarding the clock, when you invite someone over for lunch; you accept that they might show up at 10 in the morning or 6:00 in the evening or anywhere in between, the Ikarians don’t feel bound by the time, often their afternoon naps will essentially make two days out of one, the morning is spent working in their garden or at work, and in the post nap after noon the locals will visit with friends then maybe go into town to socialize and stay out until 2:00 or 3:00 in the morning including the older people, the next day they wake up naturally and do it all over again, while I Ikaria may sound like a sanctuary for leisure and well-being it’s not without its troubles, nearly 40% of the population is unemployed, that being said relative poverty as we would see it in the West does not have quite the negative effect one might expect on Ikaria, the people may not have much in the way of luxuries or disposable income but they don’t need it, nearly everyone grows their own food and is self-sufficient and neighbors will always share what they have with one another, this again is in contrast with much of the West, our lifestyle is fast-paced driving everywhere, requiring constant stimulation, infrequent physical activity, and more of a what’s mine is mine philosophy, that’s not to say that driving or living a fast paced lifestyle is bad, but when Ikarians are asked what keeps them healthy for so long, many of them cite a slower paced, and more relaxed life that focuses on community sharing and family rather than constant engagement and money.

Ikaria is what researchers call a BlueZone, a place where for reasons they’re still investigating people live much longer than in other parts of the world, other such BlueZones include small parts of Okinawa, Costa Rica, Sardinia, and California, Ikaria is perhaps the most exceptional of these, and a very useful place to study because since it’s an island it’s naturally isolated, the fascinating thing about the Ikarians is that they’re unintentionally living such long lives, they never set out to extend their healthy years or live to be a hundred, this is just the way that they are, the people work outside in their gardens, eat naturally beneficial food, rest when they want to, spend time with friends, family, and complete strangers, breathe fresh clean air, walk everywhere and generally live a life free of unnecessary distraction and stress. is there something special about Ikaria? Maybe! even Americans who live this kind of lifestyle still tend to die around their late 70s or early 80s, maybe there’s something we still haven’t figured out, one thing that all Ikarians cite as a crucial part of their wellbeing is peace of mind, they identify the things that cause them stress and remove them, in places like America that’s a little more difficult, but we can work to minimize strain on our mental health. 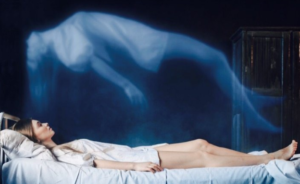 What happens to our bodies after we die? 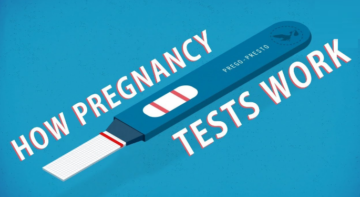 How do pregnancy tests work?